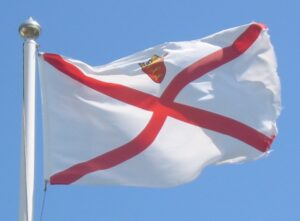 On 25 November, in a landmark decision, The States Assembly of Jersey voted by 36 to 10 in support of the principle of legalising assisted dying for citizens of the island. The vote is an important step towards the introduction of legislation on the island and a victory for assisted dying campaigners across Britain.

Whilst legislation is currently being considered in both the House of Lords and the Scottish Parliament which would legalise assisted dying for the terminally ill, Jersey has voted for a more inclusive approach which extends to the terminally ill as well as individuals with an incurable physical condition resulting in unbearable suffering. This distinction has long divided assisted dying campaigners, with the legislation proposed in Jersey closely reflecting the aims of My Death My Decision.

This decisive vote comes on the back of the results of the Citizen’s Jury which published its findings on 16 September 2021, and which found that an overwhelming majority of 78% were in favour of changing the law. Citizens Juries or Assemblies are used to engage citizens on a wide range of issues and can be used to inform Government policy and legislation. The Jury was selected at random and consisted of 23 residents who reflect the demographics of the island.

Draft legislation will be debated by the States Assembly in Jersey next year with ratification likely to take place in 2023. This would make Jersey the first jurisdiction in the British Isles and Channel Islands to legalise assisted dying.

Trevor Moore, Chair of My Death, My Decision writes:

‘This news from Jersey is welcome indeed. My Death, My Decision have been supporting our colleagues in the Assisted Dying Coalition, End of Life Choices Jersey, in their campaign, and our board member Robert Ince, in his capacity as President of the International Association for Religious Freedom, gave evidence to the Citizens’ Jury that led to this parliamentary decision. It is welcome that the proposed legislation in Jersey will extend to the unbearably suffering as well the terminally ill. In Scotland assisted dying legislation is also currently being considered which would likely extend to all terminally ill people, without any arbitrary six months life expectancy time limit. It must therefore be only a matter of time before Westminster takes note and respects the overwhelming public support in England and Wales for assisted dying reform. My Death, My Death will continue to call for a parliamentary inquiry, so that politicians can hear – and test – evidence from around the world.’

The post Jersey votes to approve principle of assisted dying appeared first on My Death, My Decision.