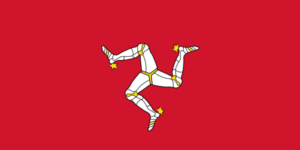 The Bill would allow terminally ill, mentally competent adults the choice of an assisted death. A Citizen’s Jury in Jersey voted for a broader bill that would include the incurably and intolerably suffering. In December 2021, Jersey’s States Assembly voted to support assisted dying ‘in principle’.

A public consultation in the Isle of Man is expected to be held over the summer and a draft bill should be available by the end of the year. This will then be reviewed by a committee of the Tynwald (Isle of Man’s parliament).

Trevor Moore, Chair of My Death, My Decision, said:

“With Jersey, Isle of Man and Scotland having now taken significant steps on the road to an assisted dying law in their jurisdictions, Parliament at Westminster is lagging woefully behind. We know that public opinion is overwhelmingly in favour of a compassionate law for England and Wales, which is why we continue to call for an inquiry. That way, politicians can hear and scrutinise the evidence brought forward from all sides of the debate.

Our current laws are broken, protracting the suffering of the terminally ill and those with painful and incurable conditions. We call upon Parliament to do the right thing and give people the choice to end their intolerable suffering when they decide.”

The post Success! Assisted Dying Bill introduced on the Isle Of Man appeared first on My Death, My Decision.