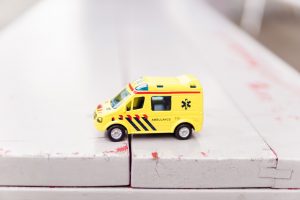 The post Royal College of General Practitioners maintain opposition to assisted dying appeared first on My Death, My Decision.

The Royal College of General Practitioners has maintained its 14-year opposition to assisted dying, despite a majority of GPs voting to support a change in the law or adopt a neutral stance.

The college announced the decision of its executive council, after surveying its 50,000 members on the topic last year.

More than 6000 GPs voted in the online poll:

The results mean that the College will continue to lobby MPs against changing laws which make assisted dying punishable by up to 14 years in prison, despite a majority preferring to support reform or set out both sides of the argument.

The Royal College of General Practitioners has opposed assisted dying since 2005 and affirmed its opposition in 2014.

In 2013, after a similar survey, 77% of GPs voted to oppose a change in the law, 18% voted to adopt a neutral stance, and only 5% voted to support changing the law.

The news follows after the Royal College of Physicians voted to drop their longstanding opposition to assisted dying in a similar poll last year, and as members of the British Medical Association, the doctors’ trade union body, continue to vote on whether the BMA should change its stance on assisted dying.

The College will now not review the RCGP’s position on assisted dying for at least five years unless there are significant developments.

Trevor Moore chair of the campaign Group My Death, My Decision said:

‘We are extremely disappointed that the executive council of the RCGP have decided to ignore the preference of a majority of GPs to either support assisted dying or adopt a neutral stance. This seems undemocratic, given that those who voted in support would obviously agree with at least a neutral position’.

‘The overwhelming shift in support for assisted dying among GPS reflects a wider trend across our country, as nearly 90% of the public now support legal, safe, and compassionate assisted dying.

Whilst more countries than ever have now legalised assisted dying, including Canada, and demonstrated that the best way to protect everyone is through an open and robust system of safeguards, it is disheartening that the RCGP has adopted a position which will continue to silence many in the medical community who have a conscientious commitment to respect their patients’ autonomy and exercise compassion for who are incurably suffering or terminally ill.’

‘The current law on assisted dying simply isn’t working. It forces those who are incurably suffering or terminally ill to suffer, or choose to die abroad – often putting their loved ones at risk of prosecution. There is a better way forward. We will continue to campaign for the adoption of a system akin to that in Canada.’